The Drawbacks of a Motorway

Where we live, everywhere we go requires us to get onto an 8 lane motorway (4 lanes in each direction).

You set your cruise control to 110km/h (about 68mph) and off you go, with a good audio book of course.

However, regular motorway driving has its drawbacks…and those drawback are big.

One:  If you have to drive on it during the peak hour rush, it’s going to take you twice as long as normal.

Two:  If there’s an accident on the motorway, who knows how long you’ll be crawling along in traffic or just plain stopped for hours.

(This is why we always take a bottle of water with us in the car and we always go to the bathroom before we leave home.)

Three: You have share the motorway with all different drivers and their vehicles of choice

– the hoons, the trucks, the ‘way past their used by date’ vehicles, the people who never check their blind spots before changing lanes

and the drivers who clearly got their licenses off the side of a Cornflake box.

Because of these people, it pays to be very alert when driving on the motorway.

What do I mean by missiles?

Flying objects from other people’s vehicles.

Most people have experience rocks flung out of trucks or dirty tyres.

But have you ever experienced large empty water fountain bottles flying off the back of a truck and bouncing like bouncy balls all over the motorway?

What about a ladder flying off the back of a ute?

Yep, I’ve experienced that too.

How about a plastic paint sheet wafting here and there and flinging itself across your windshield?

Yep, I’ve been there too.

Oh and I’ve lost count of the debris on the highway that I’ve had to manuevre around or over, all the while doing 110km/h.

Sometimes you don’t even know what it is until it slices open your wheel (or wheels if you are extra unlucky).

Been there, done that too.

But today, I have a new missile to add to my list.

A metal or wooden rod about 80cm long and 10cm in diameter!

(I could be over or under estimating the missile.  It’s hard to tell in a split second as it flies towards your car.)

It flew out from under the ute in front of me and, before I had time to react, hit the front bumper and light panel of my car.

Then it bounced off my car and hit a couple of cars beside me.

I may have said a naughty word but it scared me half to death.

In the time I saw the object, it was hitting us.

I don’t know if it fly off one of the two utes in front of us or was debris on the road that got flicked up when someone else ran over it.

Thankfully, the damage isn’t too awful but it will have to be repaired. 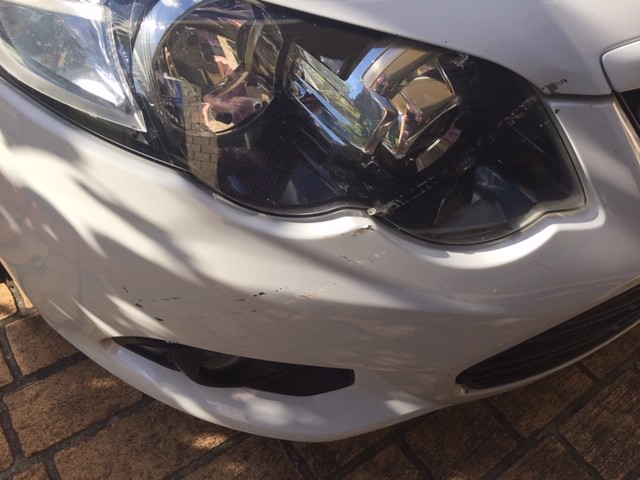 It’s scratched up panels around the lights, 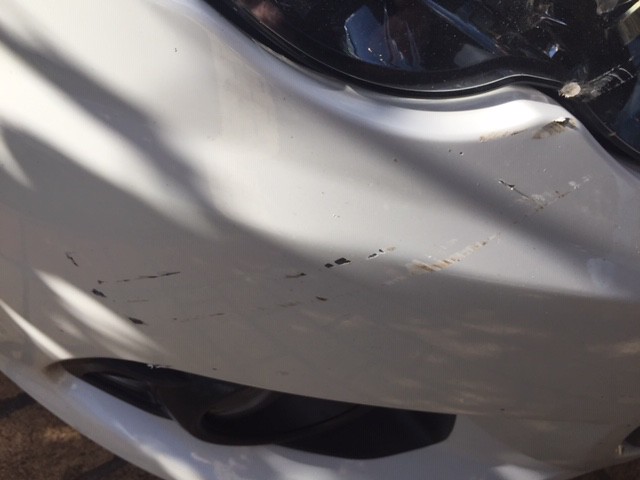 (thankfully the lights all still work!) 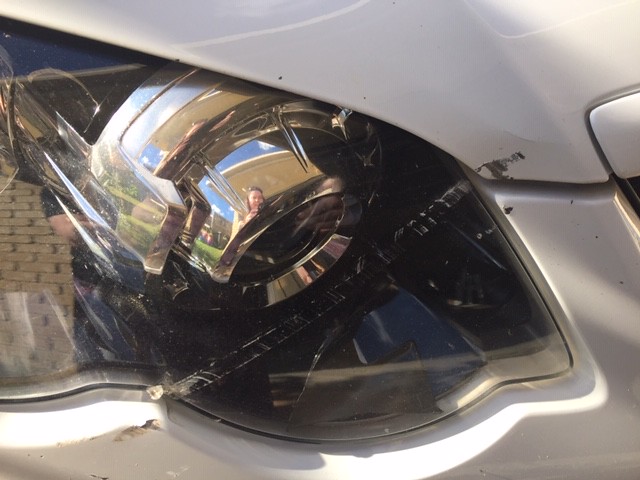 and, when we looked closer, it’s also snapped a chunk out of the headlight housing plastic. 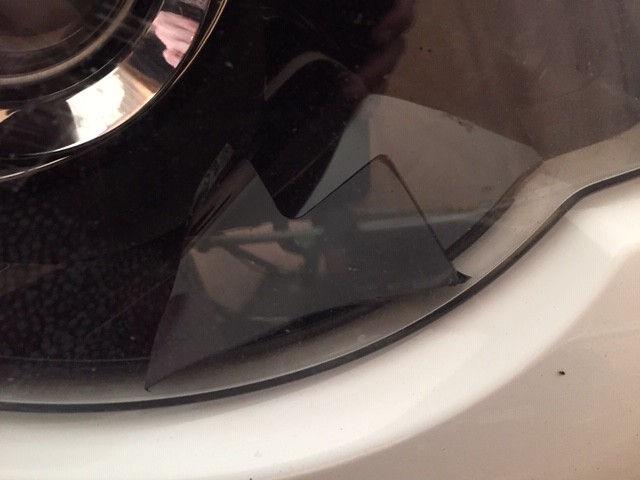 In hindsight, I’m thankful that the object was flying low and not up towards the windscreen.

That might have been a totally different story, I wouldn’t ever get to tell.

Ah, the joys of living near a major motorway and having to use it most days.

Off to call a panel and paint man.

There’s a LOT of them along the motorway.

2 responses to “The Drawbacks of a Motorway”