The subject that your children jump with joy about completing each day.

The subject that doesn’t cause you any grief at all.

The subject that simply makes you swoon.

Okay, who am I kidding!

Math can be hard work.

And it’s most likely the cause of at least some of our grey hairs.

do I have anything really insightful to impart about Math

that will solve all of your problems? 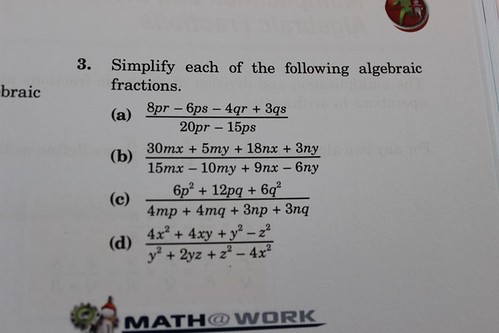 But I will say this:

If Math is done consistently, every single day,

it makes it just that bit easier.

Ignore the complaints, whines and grumbles

(well, give a quick commiseration if you wish),

and just dive into it 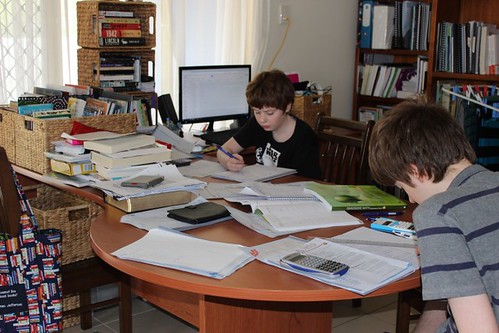 so I only need to tackle one level of Math at a time.

This allows me to literally work alongside my boys.

I have my own Math book and I sit and do the very same Math as my men.

Side by side, we tackle Math.

I help them; they help me.

And we all benefit from the companionship

…and often the combined brain power.

It works really well for us. 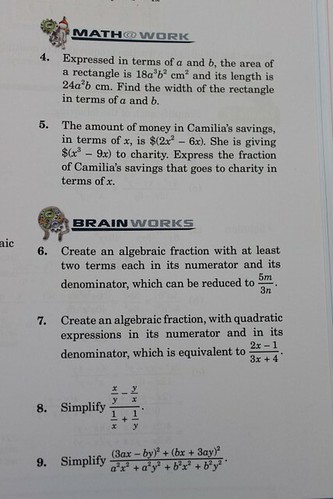 And, once we’ve got over our grumbles at the beginning,

we usually find that we quite enjoy Math

It is Math afterall.

Tibaldo and the Hole in the Calendar

“Tibaldo and the Hole in the Calendar” is a great book.

It’s a historical fiction book about the change over from the Julian calendar to the Gregorian calendar.

Do you know much about the calendars?

I didn’t, which is why I decided to hunt down a copy of the book

and read it to my boys. 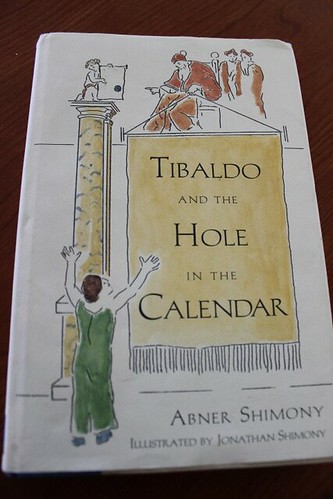 Did you know that we lost 10 days in the change over?l

Well the Catholic countries did.

Many protestant countries thought the Pope was up to mischief

And Eastern Europe waited until various years during World War 1.

So why did we need to make the change?

Well the Julian calendar was created on the basis of a year being 365 days and a quarter, exactly,

(which is why leap years used to occur every four years)

However, it turns out that a year was actually a smidge shorter than their calculations.

This meant that our man-made calendar was creeping ahead of the actual solar year.

and that really messed with the Church’s calculations of special days,

So they had to pull the calendar back into line. 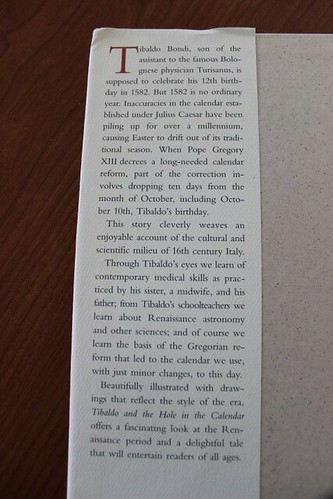 Oh, and if you are wondering about leap years,

Every hundred years we miss a leap day.

However, every four hundred years we get to keep the leap day,

This dabbling with the leap year

helps keep the new calendar mostly in sync with the solar year.

(It’s actually still out a smidge but we won’t creep ahead a whole day for hundreds of year).

Oh, we thoroughly enjoyed “Tibaldo and the Hole in the Calendar”

It was a fascinating read.

Posted by Tracey on October 18, 2016 in History, Mathematics, My Library

My Must Have Math Resources

Recently I was at a teacher shop with my sister, who is also a teacher, and discovered that I no longer feel the pull of fancy resources.  Rest assured, I checked my temperature and pulse and both seemed fine so I must have reached some point in my homeschooling development where my credit card is safer than it has been.

At Edsco there are so many shiny things I used to think my nest needed, but at the midpoint of our homeschooling journey (provided I ever let them graduate and leave the nest) I looked at the glittery bling and thought, “I will hardly use that, if at all.”  My husband would have been proud…and relieved.

However there are a few things I would repurchase if I had to start again from scratch, and since my reader Amanda asked, I’ll list them below for you.

Firstly I would buy some counters of some sort.  Not because we couldn’t find anything else in the house that could substitute but because they are used sooooo much in our house.  We’ve used them for counting, for adding, for sorting, for game counters, for weighing, and for patterning.  I’ve even written different things on them in pencil.  But their number one use has been in play.   Even now they are in regular use for some purpose.

Of course you don’t need to buy expensive counters.  I bought these poker chips for $2.50. And the boys tell me that the poker chips make a much cooler noise than the proper counters, which is apparently a desirable thing in play.  (And if you want to add gabbling to your curriculum you’ll have everything you need!  Hehehehe)

Something I wish I had in the early days was an abacus.  I didn’t realise their value until my boys were older.  Instead of using counters to help with their adding (and subtracting) I would have used this abacus.  The visualisation of numbers is so much clearer.  When you make 7, you can easily see that it’s a 5 and 2 more.  Then if you add 5 on, you can see that you have 3 left on that row of ten and then have to use 2 more from the next row.  To see the answer you don’t need to count all of the beads, you can see that it’s a ten and two.  In your mind, twelve will always be a ten and a two.  Oh how I wish I knew this then.

Our hundreds board has also been well used over the years.  It has plenty of uses and has been worth the money.  The board I have has two sides – a numbered side and a blank side.  It also came with the numbered and coloured tiles.  What I love the most about this board is that everything is quality plastic and the squares on the board are recessed so the tiles don’t shift around.  We’ve used our board for counting, place value, skip counting and addition and subtraction.  When my boys add numbers under one hundred they think of this board.  E.g.  23 + 45.  In their mind they locate 23.  They then add on the 5, moving across the board to 28 and then drop down four rows (which are tens) to their answer of 68.  We’ve also just used the tiles from this set.  I would buy this board again in a heartbeat.

Our MAB Base 10 blocks were one of my very first purchases.  I wouldn’t want to teach place value and regrouping in algorithms without them.  They help you ‘see’ the larger numbers and how they act when added and subtracted.  I always start teaching addition and subtraction (particularly when it’s with regrouping) with MAB blocks.  Once they can solve the problems with blocks, they just fly through the problems on paper, because they can mentally see what is happening.

Measurement items are a bit of a necessity.  Most textbooks will require you to go and measure.  But you don’t need anything expensive and most of the items you’ll already have in your home.  Something to weigh with and something with metres and centimetres on it.

For early Geometry you really don’t ‘need’ anything.  You can always find 2D and 3D shapes in the environment (and those that you can’t, you can make).  However I would be sure to provide construction and spatial toys in the home, or, at the very least, lots of box construction.

However for later Geometry you will need a collection of protractors, set squares and compasses.

Finally, I would repurchase my fraction resources – my fraction circles, squares and equivalent fraction set.  Sure you can make them, and I did make a set, but these are so much nicer and easier to use.  We have to remember that even older kids need to be able to visualise what they are learning before being required to mentally grapple with the task.

So that’s what I’d repurchase if I had to start again.  I wouldn’t bother with the expensive occasional use items for Math.  They are sold for classrooms because school children are confined in a restricted environment where you won’t see a pantry full of 3D shapes, a fridge full of volume materials, or a purse full of coins that won’t be stolen.

I also wouldn’t bother with educational games.  Kids much prefer to learn efficiently and traditionally and then go and play real games.  Took me a long time and a cupboard full of this stuff to learn this though.  Luckily there are school teachers in my family who desperately need this stuff and are more than happy to take it off my hands…as my sister did on the weekend.

Now there is more space for books!!

Yes I think that shall be the moral of this story…Don’t waste your money on shiny classroom toys.  Get only what you need and spend the rest on books….lots of books!!!

Posted by Tracey on January 20, 2014 in Mathematics, Resources and Organising

The problem with homeschoolers using standard classroom Math textbooks is that the teaching of the new concepts generally isn’t included in the textbook.  The textbook’s purpose is just to provide practice problems once the concept has been taught by the teacher.  School textbooks aren’t designed to be self-instructive.

There’s two problems I’ve seen happen when homeschoolers use school textbooks, particularly for Math.  One – the parent hands the book to the child and leaves them to it, particularly if the child can already read the instructions for themselves.  This skips the teaching and just expects learning.  Or two – the parent explains the concepts based on their own knowledge.  This works fine in grades 1 to 3, and some topics in the upper grades are pretty easy too, but there usually comes a point, more quickly for some than others, when you are out of your depth and spending ages googling your child’s math or reasoning that it’s time to put them in school.  The problem isn’t the parent (or the child), if they are motivated, it’s the books that are being incorrectly used.

You need solid teaching or the learning doesn’t happen as it should.

I’m not saying that you have to rush out and buy the teacher books to go with your school textbooks (they are incredibly expensive compared to the textbooks, because they are designed to be purchased by schools with big budgets).  Teacher books, designed for schools, might not even include the teaching.  It could just be the answers.  I’m not sure.  In the classroom, I never used one.  I taught the same few new concepts every year.  I just had to work out how to teach those few things during my first year in that grade level, and then I was set for the years to come.  (The only thing that’s really hard about teaching in a classroom is the behaviour management and politics.  Teaching is the easy bit!)

As a homeschooling parent, I regularly use the teaching guide that goes with my Math curriculum.  Every day I’m covering new ground, ground that has got awful rusty over the years, and I need the support of a guide to fill me in quickly with the best approach to the day’s teaching.  This is, in part, why I specifically chose a homeschool Math curriculum.  They are designed to help you with the teaching process.  The option isn’t as cheap or as easily accessible as a school textbook, but when you factor in the cost of the teaching support, it’s a fair price (and definitely cheaper than a school textbook with their exorbitantly priced teacher guides!).

There is a difference and it certainly seems to matter in the long run.

Posted by Tracey on November 21, 2013 in Homeschooling Thoughts, Mathematics